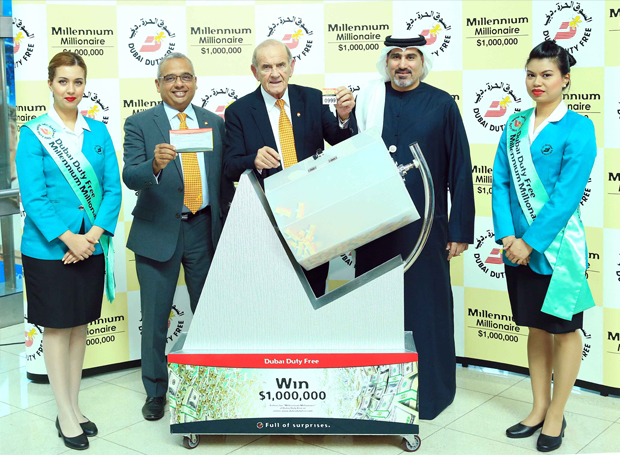 Persistence gives fruitful results not often but all the time and the same worked for the Labanese national who works as a Corporate manager for an Insurance firm. The Dubai Duty Free Raffle Draw held at the Dubai International Airport on Tuesday declared Musleh Mousa Hassan as the winner of $ 1 million (Dh3.67 million).

Mousa’s ticket number was 0742 which made him win the fortune this time. The first time he won in 2012 and  he said since then he is a frequent buyer of Dubai Duty Free Millionaire Ticket. This is the seventh time a person is winning Dubai Duty free millionaire Raffle Draw twice.

He recalls how elated he was wining it initially in 2012 and winning it again after 6 years is a total surprise he stated. Mousa is the tenth Lebanese to win the Dubai Duty Free Millionaire Raffle Draw since the jackpots inception in 1999.

Recent Articles
Recent Comments
Search
Go to Top
× How can we help you?