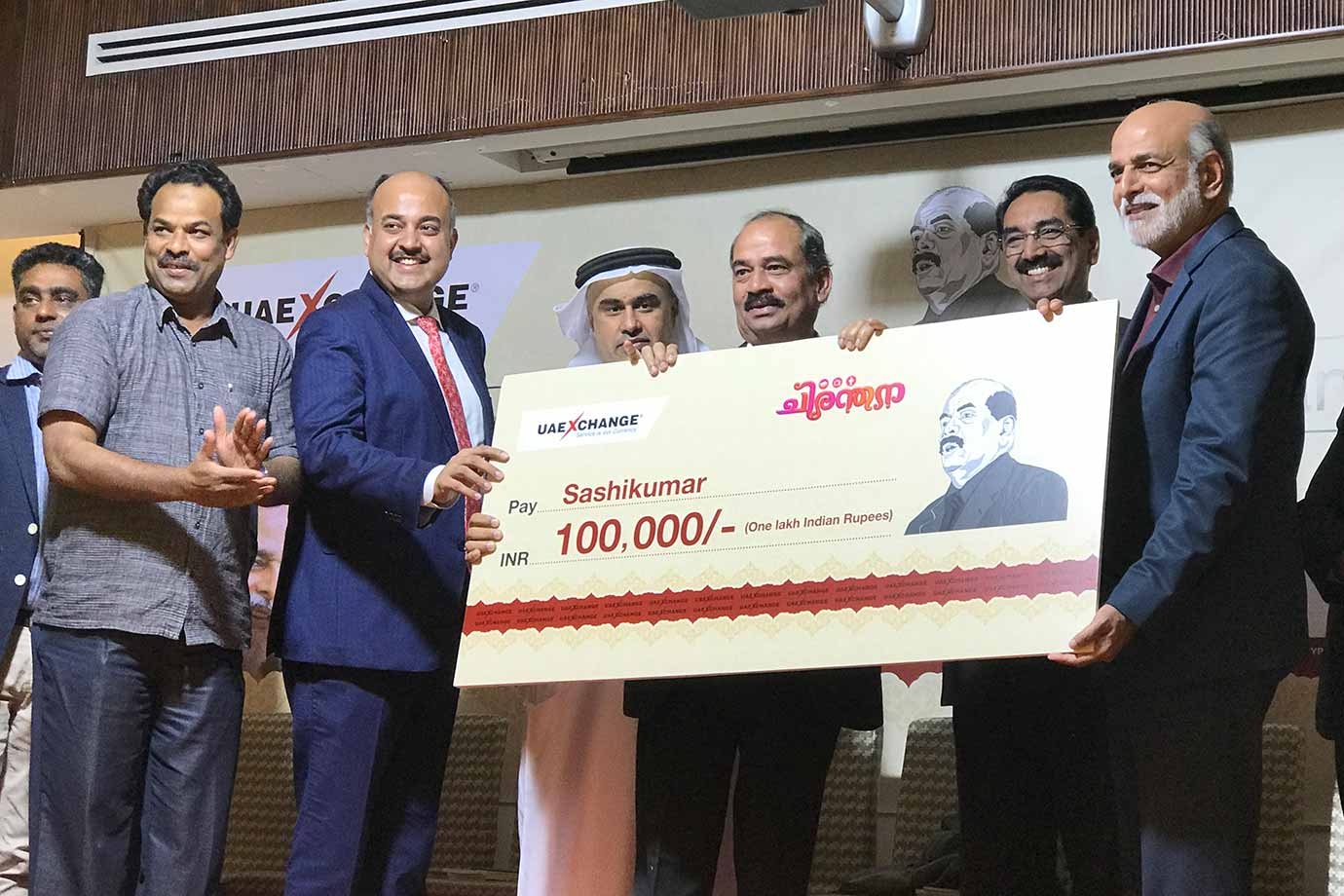 India has been long known for its media professionals and journalists, many well talented people who where molded into brilliant journalists are from India. Six journalist was honored in Dubai for their impeccable creativity in the field of journalism. The event also featured a seminar where the major topic discussed was the role of Media in the present Era.

The award ceremony UAE exchange Chirantana Media Awards of honouring the journalist was held in the memory of late veteran Indian editor late P. V. Vivekanand and it was the fourth death anniversary of Vivekanand who worked for Sharjah based newspaper: Gulf Today. Chief speakers at the event was Punnakkan Mohammad Ali, president of Chiranthana, Moideen Koya, media director, and Vivekanand’s son Anoop. The awardees hailed from south Indian state of Kerala. The Journalists from the print media, six print, TV and radio journalist  was among the ones who received the awards. Sashi Kumar, the founder of Indian first regional satellite TV channel; Asianet, was honored for hisoverall contribution to the Indian media. Kumar is the director of the remarkable award winning  Hindi film Kaya Taran also acted in five movies. He started his career in Doordarshan and was also the first West Asia correspondent of The Hindu newspaper in the mid-eighties. Presently Kumar is the chairman of Asian College of Journalism in Chennai. The remaining awardees was honored for their Socially responsible journalism. The journalists whose reports helped many people of the society who was in need of support and contributed to the welfare of Indian Community. Name of other winner include Sajila Saseendran Jaimon George, bureau chief, Malayala Manorama, Iype Vallikkadan, bureauchief, Mathrubhumi  News,  K. R. Arun Kumar, bureau chief, Asianet, Thansi Hashir, newspresenter, Gold FM, Mineesh Kumar, chief of news, Pravasi Bharati.Y. Sudhir Kumar Shetty, President of UAE Exchange, Prasanth Manghat, CEO and executive director of NMC Healthcare, Mohammad Hussain Murad of Mohammed bin Rashid Al Maktoum Foundation and E.K. Rajendran, director, Eram Group, gave away the awards.

This news is brought to you by Riveria Global, If you happen to be an Investor of home buyer Click here to contact..